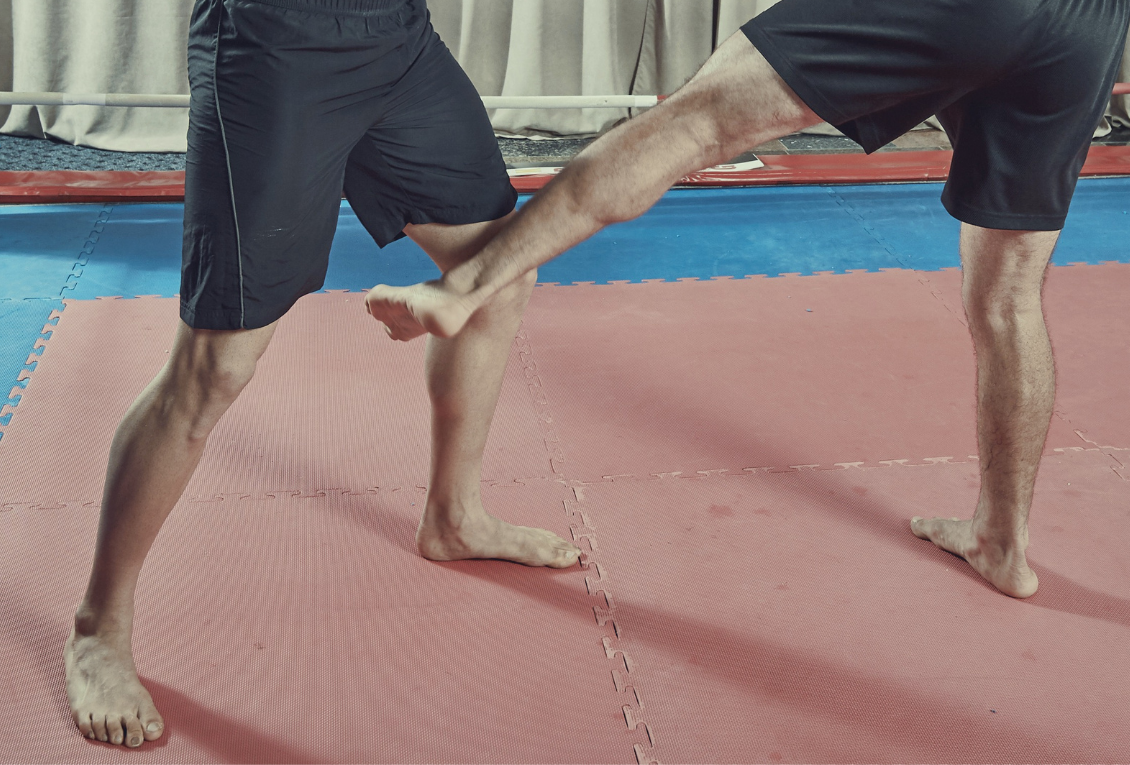 From karate to Muay Thai to MMA, the roundhouse kick (or round kick) is one of the most used and widely recognized kicks in the martial arts. In fact, most people would agree that it’s also one of the most effective kicking techniques. But there’s a lot more to it than just performance and power. In fact, the round kick can be quite a complicated kick that, when properly executed, can not only generate devastating force but also deliver awe-inspiring elegance!

But there’s often some confusion when a person is first learning the round kick. To be specific, people always want to know: what part of the shin do I use? So, let’s take a quick look at applied science to give us the answer we seek.

The bones in the legs are some of the largest in the human body. Because of this, they’re also clearly the most durable. But what’s the difference and which one do I use? Let’s briefly discuss the two largest bones:

The femur is the largest bone in your body and located in your upper part of your leg often referred to as the thigh. This area houses not only the femur (the bone extending from your hip to your knee) but also the largest muscles– the quads (a series of interconnected muscles on the top/front of your thigh).

The tibia and fibula are the second and third largest bones (respectively) that make up the lower part of your leg. This area is often referred to as the shin (front) and calf (back). The shin area on the front of your leg houses several muscles as well as your tibia bone (the bone extending from your knee to ankle). The calf area on the back of your leg houses the calf muscles as well as your fibula (a supportive bone).

Now that we know what part of the leg is responsible for the final portion of the round kick, let’s discuss how to use the tibia (shin) correctly in our round kicks.

There’s quite a lot of physics happening when you use a round kick: lever, velocity, and torque, just to name a few. The proper application of physics in this context is what generates maximum power or force (mass x acceleration = force).

Since one of your goals when using the round kick to extend your range, the ideal part of the tibia to kick with is the lower third of your shin known as the medial tibia (see image below). Practically speaking, a simple way to find this area is to take your left hand and place it just above your right ankle. When you do this, the place where your hand is on your tibia/shin is where you want to focus your kicks. 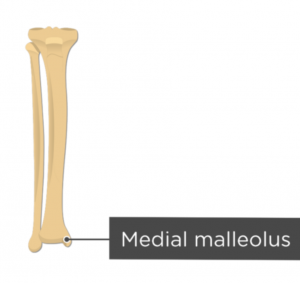 Not only does this effectively give you the longest reach it also helps you kick with a thicker part of your tibia/shin.

When checking (or blocking) a round kick with your leg, the upper third of your tibia is an ideal area to use. Again, to find this area, simply take your right hand and place it just below the knee cap (patella) near the bony area where your leg begins to taper (see image below). 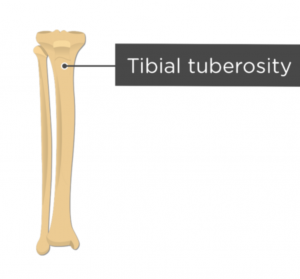 Checking someone else’s round kicks in this area gives you the most amount of protection. Please note that this area of the leg is a poor choice to use to kick. From an applied physics perspective, the maximum force in a lever is realized near the end of the lever and not near the fulcrum (in this instance, the knee).

Clearly, this means the remaining portion of the tibia is less than ideal to use for a round kick whether offensively for kicking or defensively for checking. The central area of the tibia/shin is less dense and more susceptible to potential breakage. In fact, when a professional does break their tibia (like Anderson Silva and recently Chris Weidman), it’s typically in the middle part of the tibia/shin (see image below). 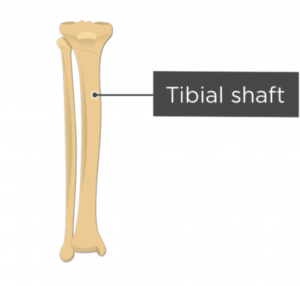 Now that you understand which part of your leg is most ideal to use for a round kick, it’s time to consider how to condition your shins and use that tibia properly.

Conditioning refers to the act of building up a tolerance to kicking with less pain and possible damage to you and your legs. Initially, when you start using round kicks, it’s common to bruise or even feel some pain or discomfort. This is normal. Eventually, those pain signals that your leg nerves are sending to your brain will lessen with time and practice. Fortunately, there are several ways to accomplish this but here are three of our preferred methods…

The round kick is obviously a fun kick to learn and we’ve only just started talking about how to use such a versatile and effective kick. At Invictus Martial Arts we’re committed to leveraging applied physics and sports science to give you real results and have fun developing amazing skills. Whether you’ve been training for years or just starting to think about it, you’re always welcome to JOIN US and try it out for yourself!