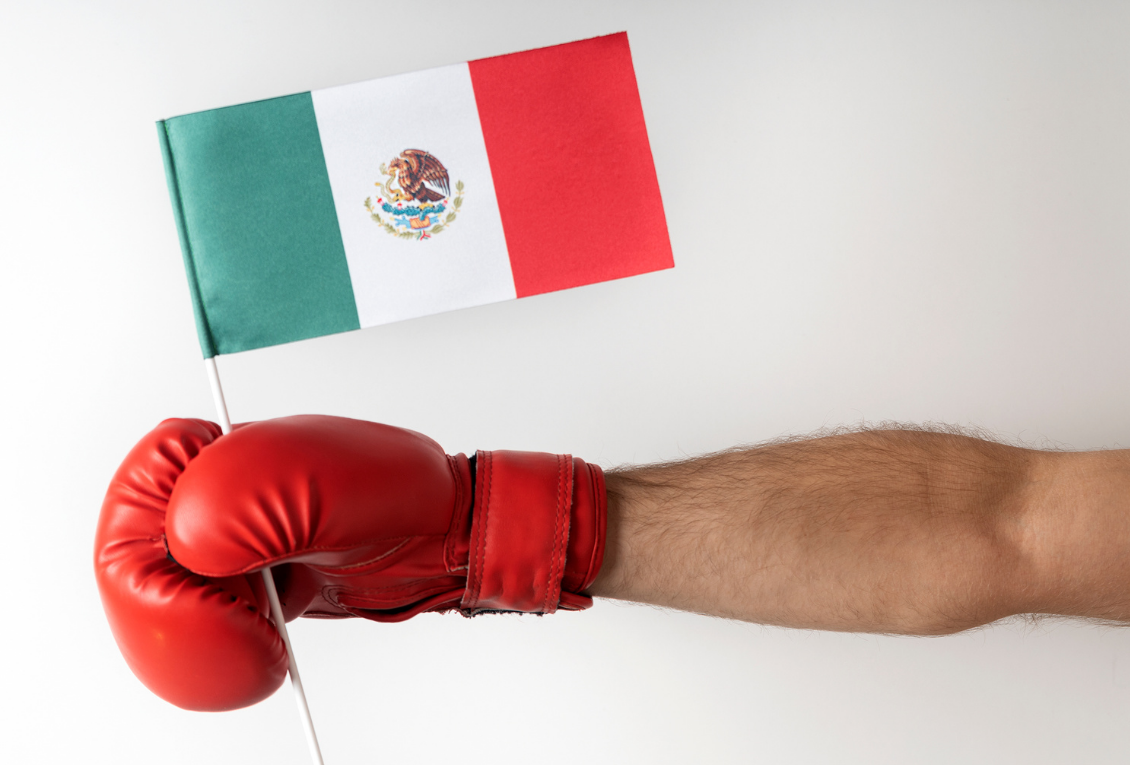 Since the 1980s, Mexico has boasted it’s fair share of impressive boxers. Names like Oscar De La Hoya and Julio Cesar Chavez dominated throughout the 80s and 90s and Saul “Canelo” Alvarez continues to dominate even today. But up until the last 5-10 years, hispanic fighters have been under-represented in the sport of MMA. Fortunately, the UFC now has a growing number of fighters with Mexican roots who display the same heart, desire, and physicality we’ve come to expect from Mexican boxers.

MMA fighter Efrain Escudero recently said, “For Mexicans, not only in boxing but also in MMA, we are warriors. We like to fight. We like to be involved in tough wars inside a ring or Octagon.”

In honor of Hispanic Heritage Month, we’re taking a look at five Hispanic fighters who have faced insurmountable odds to become some of the best mixed martial artists in the world.

Here’s our list of the top 5 Hispanic mixed martial artists of all time:

Ortiz grew up in Huntington Beach, California with his Mexican father, Samuel and French mother Joyce along with three older brothers. He had a difficult childhood due to his involvement in street gangs, exposure to drugs, and frequent trips to juvenile halls. In high school, he began wrestling and quickly found his passion for the sport winning a CIF championship and finishing fourth in the state tournament his senior year. He went on to attend Golden West College where he became a California Junior College State Champion and All-American for two consecutive years.

Ortiz‘s mixed martial arts debut was at UFC 13 in 1997. He has a record of 21 wins and 12 losses. He went on to become the UFC light heavyweight champion. In July of 2021, Ortiz was inducted into the UFC hall of fame.

Cruz grew up in Tucson, Arizona with his mother, grandmother, and brother. He began wrestling in middle school and went on to compete for Flowing Wells High School. He was on track to secure a wrestling scholarship to the University of Northern Colorado; however, due to an injury he sustained his senior year, he lost the opportunity. Before becoming a professional fighter, Cruz worked at Lowe’s while he attended community college where he studied to become a firefighter.

Cruz began his professional mixed martial arts career in 2005 at the age of 20.  He quickly became known for his quick footwork, head movement, and use of feints and angular strikes. In December of 2010, he won the inaugural Bantamweight Championship. After successfully defending the belt twice in 2011, he was sidelined in 2012 due to an injury and subsequently stripped of the title in 2014. In early 2016, he regained the Bantamweight Championship in what many media outlets called the greatest comeback story in MMA history. Cruz has a record of 21 wins and 3 losses. Besides his amateur wrestling experience, he is also a blue belt in Brazilian jiu-jitsu. While Cruz still actively fights, he is now also a regular commentator for UFC.

Moreno was born and raised in Tijuana, Mexico where his family owned a piñata business. He started training in mixed martial arts at the age of 12. While he had early ambitions of attending law school, he decided to focus solely on his mixed martial arts career.

Moreno made his professional MMA debut in Mexico in early 2011 at the age of 17. In 2014 he joined the World Fighting Federation promotion where he won the Flyweight Championship before being cast on the 25th season of The Ultimate Fighter in 2016. Moreno has a record of 19 wins and 5 loses and is a black belt in Brazilian jiu-jitsu. In June of 2021, Moreno became the first  Mexican-born UFC Champion in history. He is expected to defend the Flyweight Championship at UFC 269 in December of 2021.

Velasquez was born in Salinas, California but raised in Yuma, Arizona.  His father, Efrain, was an undocumented immigrant from Mexico who gained his citizenship when he married Velasquez’ mother, Isabel.  Velasquez attended Kofa High School where he served as the captain of both his wrestling and football teams. He had a very successful wrestling career winning the 5A Arizona Wrestling Championship twice. After high school, he attended Iowa Central Community College for one year where he won the NJCAA National Championship in the heavyweight division. He transferred to Arizona State University where he placed 5th in the country in 2005 and 4th in 2006. He graduated in 2006 with a bachelor’s degree in interdisciplinary studies.

Velasquez made his UFC debut in 2008. He became known for his cardiovascular endurance and aggressive fighting style. In 2013, he was ranked number 1 for the most strikes landed per minute in the UFC. He has a record of 14 wins and 3 losses and is a black belt in Brazilian jiu-jitsu. Velasquez is also a former two-time UFC Heavyweight Champion.

Aguilar was born in Poza Rica, Veracruz, Mexico. Her family immigrated to the US and settled in the Houston, Texas area. After losing her father and older brother at a young age, she went on to graduate high school and attend San Jacinto College before taking a semester off to pursue a career in acting in Hollywood. Success did not come easy, so she made the decision to move to Oregon where she worked as a corrections officer and gained extensive experience in self-defense. At the age of 24, she moved to Miami where she first began training in Brazilian jiu-jitsu.

Aguilar made her professional debut as a mixed martial arts fighter in 2006. She went on to fight for Bellator Fighting Championships from 2010-2013. She became the first female fighter to sign with the World Series of Fighting (WSOF) promotion in 2013 and in 2014 became the first WSOF Women’s Strawweight Champion. Aguilar went on to successfully fight in the UFC from 2015-2019.

Currently, Aguilar uses her martial arts expertise to teach self-defense classes. She says, “Being able to share the importance of self-defense with men and women makes everyone involved feel so empowered and confident. I love that I can share my skills to help people protect themselves.”

Aguilar has had a decorated career in mixed martial arts. Her accomplishments include: FILA Grappling World Championship Women’s Senior No-Gi Gold Medalist (2009-2010), 2010 female fan favorite of the year, 2011 female flyweight of the year, 2012 Florida MMA Female Fighter of the year.

Aguilar was part of the first female team at American Top Team from 2006-2020. She has a record of 20 wins and 9 loses and is a brown belt in Brazilian jiu-jitsu.

Ready to start training in mixed martial arts? Try a FREE training session at Invictus!  Which class below are you most curious about?